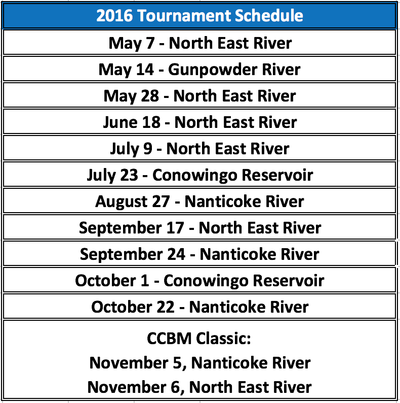 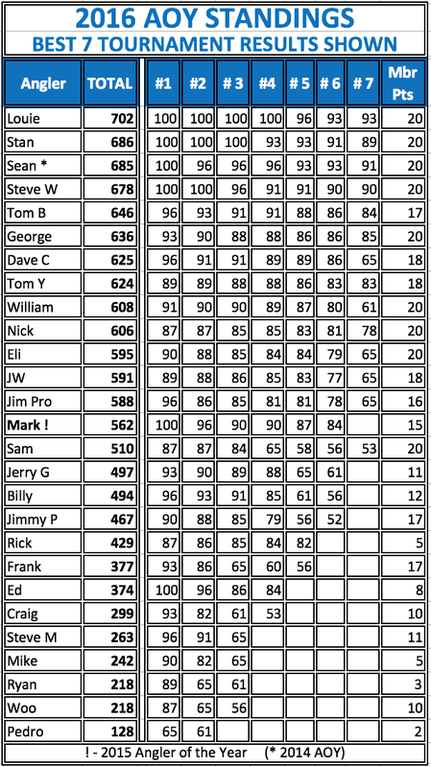 ​A record setting day for a one-time AOY and a long time CCBM Ambassador. A sophomore member continues to improve as he gets more days on the water under his belt.   Last year's runner up in the AOY race finds himself in the top 3 for the day but moves into 2nd place for the year

Stan Horne thought he was going to have a big let down at the end of the day after losing several big fish but never packed it in.

Stan continued to get good bites and got those in the boat. He was rewarded with a win for the day and took the top spot for the club's largest bag weighed in during a tournament.

Stan's bag weighed 19.35 lbs with a kicker fish that weighed 5.88 lb to give him Lunker for the day as well.

Steve Murphy is showing with hard work, determination, and time on the water it will make a difference in your tournament finishes.

Steve has had several good showings this year with this one being the best. A 2nd place finish was his after getting 4 fish early and grinding out his 5th fish late in the day.

Steve weighs in a limit that goes 18.47 lbs putting him in 7th spot for the largest bag weighed in in club history.

Lou Croce finds himself in 2nd place overall in the AOY race after taking 3rd place finish for the day.

Lou's very solid bag of Bass that weighed 17.76 lbs. He will have some work to do to take the top spot but the season is still young. 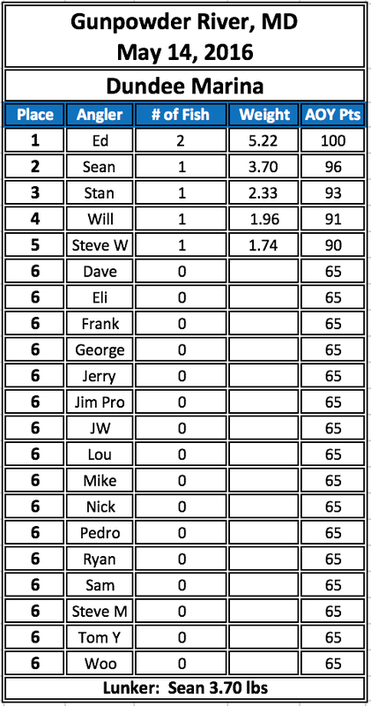 ​After a slow start to the season in our season opener on the North East River CCBM anglers were looking for some revenge. 2 anglers weigh in their first keeper of the year while another keeps rolling by finishing in the top 3 for 2 tournaments in a row.

Ed Reese makes it two in a row top 3 finishes, finishing on top this tournament.

Ed is now atop of the AOY standings and hopes to stay there. Catching 2 keepers was enough to give him the win.
His 2 fish weighed 5.22 lbs. Ed has his sights on the next tx in hopes to extend his AOY lead.
​


​​Sean Geerlof makes the run into the Gunpowder River from the Dundee ramp and it pays off.

Sean was the winner for the day's big fish and a 2nd place finish. Sean felt the pressure to do well after blanking in the season opener.


Stan Horne(not pictured) found a solid fish and that was enough for 3rd place points.

Knowing it was going to be a tough tx Stan fished slow and got the bite he needed shortly before weigh in. His fish weighted 2.33 lbs.

Stan is looking forward to getting back to the North East River for our next tx where he could move up the AOY leader board with a good finish.

Not the start most CCBM anglers wanted to start the season but exciting to say the least. A new top 5 biggest Bass gets weighed in, A boater with a new wrap and attitude to go with it and personal best Bass for a rider.

Louie Croce did not get many bites but sure got the right bites.

Louie wins the first tx of the year and Lunker honors. He weighed in 2 fish for 8.74 lbs which included a 6.15 lb Large Mouth.
​Louie is establishing himself early as the guy to beat as he tries to improve on his runner up AOY title from 2015.
​


​​Ed Reese is stepping up in a big way in 2016. He has been part of a lot of the behind the scenes stuff for the club this year and is greatly appreciated!!
​
After showing up to the first tx in a newly wrapped boat we all knew he meant business!! Ed takes 2nd place with 1 solid fish weighing 4.51 lbs.

It is no secret that Frank Haynes has a love hate relationship with the North East River. At this point it is Love....

​Frank lands his personal best Large Mouth weighing 4.47 lbs and takes his best finish as a CCBM Rider. This 3rd place finish hopefully will lead to many more top 3 finishes for him